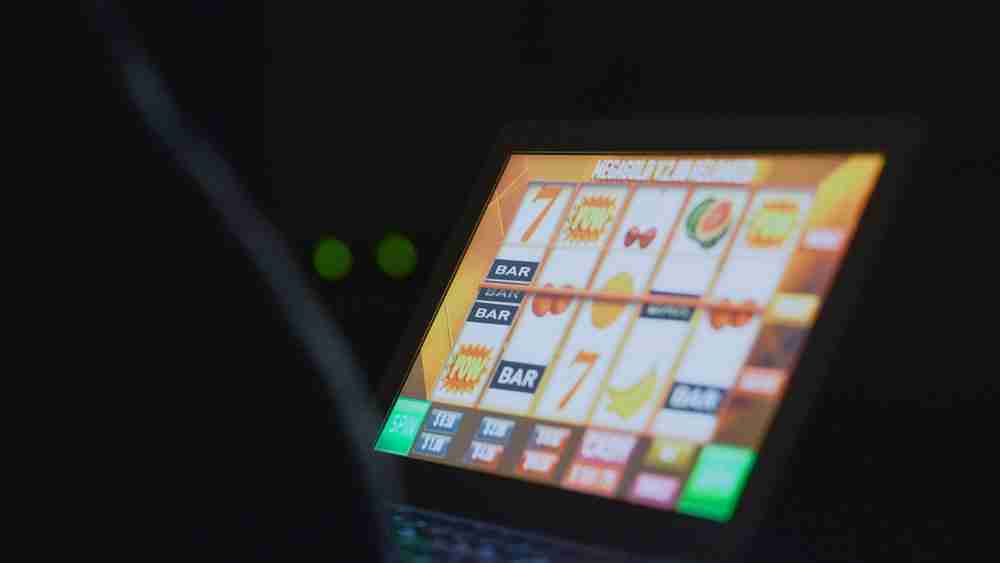 The online casino industry is booming, and slot games are no small part of that. Online slots are growing in popularity every year, with thousands of slot games available to play at dozens of online casinos. Online slot games exist in a range of themes, from modern adventure slots to classic fruit slots reminiscent of traditional slot machines in arcades and casinos, and each slot game boasts its own unique features and gameplay. With such a huge variety of slots on the market today, it’s a high mark of quality when games become as overwhelmingly popular as some do; let’s take a look at five of the best online slot games out there.

Starburst is an incredibly popular slot game developed by software giant NetEnt, one of the biggest developers working in the industry today. Starburst is proof that bigger isn’t always better; it’s a simple five-reel, three-row slot game which goes back to the basics and offers classic slot mechanics expertly executed. With bright, neon graphics which seem to reflect gemstones in outer space and a quirky sci-fi soundtrack, it’s just unique enough to be interesting but without losing its mass appeal.

The game features pretty typical slot mechanics embedded in its gameplay, including win both ways functionality, which means increased winning opportunities for players, and Starburst Wilds, represented by rainbow star icons, which will substitute for all other symptoms on the reels in order to form a winning combination. These are, by contemporary standards, pretty basic features, and yet Starburst is one of the most popular slots around, demonstrating that classic gameplay is still a winning combination itself.

Book of Dead, or Rich Wilde’s Book of Dead, is an incredibly popular adventure slot from Play’n GO which puts the player in the shoes of Rich Wilde, an intrepid adventurer seeking the eponymous Book of Dead. This slot game sports an Ancient Egyptian theme, with symbols including pharaohs, Rich Wilde, and the Book of Dead, which is the game’s scatter symbol. The graphics are beautiful and the gameplay is immersive.

Book of Dead is another relatively straightforward game which relies primarily on wilds and scatter symbol for excitement; perhaps one reason for the game’s popularity is the fact that free spins are relatively easy to come by and can often result in some big wins. Book of Dead is a pretty high volatility slot, so it’s best played with a bit of extra cash to hand.

Gonzo’s Quest is a classic adventure slot which paved the way for contemporary slots like Book of Dead. First released by NetEnt in 2010, Gonzo’s Quest has enjoyed a decade of popularity thanks to its successful fusion of enjoyable features and gripping plot. Players take on the role of Gonzo, a Spanish explorer searching for the lost city of El Dorado on the Peruvian coast.

What’s most notable about Gonzo’s Quest is that it was the first-ever slot game to implement the now well known Avalanche mechanic, in which reels cascade down after each win, presenting opportunities for multiple wins to occur in a single spin. Like most of the games on this list, Gonzo’s Quest is a relatively simple slot which is beloved by players for its straightforward but compelling gameplay and a mechanic which was once innovative but is now commonplace; it’s good to see Gonzo’s Quest retains a loyal player base despite hoards of newer slots employing the Avalanche feature in the past few years.

Mega Moolah is the world’s most popular progressive slot jackpot game. Progressive slot games offer jackpot which steadily rises in value the more that people play it, which means they’re capable of coughing up jackpots in the millions. One famous example of this is when Jon Heywood won Â£13.2 million on a 25p stake playing Mega Moolah in 2015.

As far as progressive jackpots go, Mega Moolah is by far the most popular, largely due to the gargantuan jackpots up for grabs. It’s an attractive game with a bright safari theme and some enjoyable mechanics including a good free spins feature, but really the biggest reason to play this game is in the hopes of making a small fortune.

Cleopatra is a pretty simple slot game developed by IGT which has maintained cult popularity since its release in 2012. With bright, pretty graphics which reflect the game’s Ancient Egyptian theme and some nice features including the Cleopatra bonus feature, which allows players to win up to 180 free spins with a 3x multiplier.

Possibly what makes this slot game so popular is its pace of play; wins, though small, come in fast and frequently, so it’s a great game for players who like lots of action without being burdened by over-complicated rules.